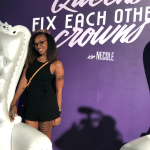 This past Saturday I recently attended Necole Kane’s, owner of XoNecole, first annual Elevate Her event and I was not disappointed at all. Not only was I able to hear some powerful, inspiring speeches but I was also able to meet and network with other bloggers and business owners as well. The event was such a vibe and I had a great time meeting and connecting with everyone.

When it came to the speeches were given not a moment was wasted. The event was broken down into three parts. The first set of speeches were called You’ve Launched a Self-Funded Business Now What? Following after that was: The ElevateHer Pitch Powered by H&M. Last the event ended with a speech from Necole herself titled The Career Pivot: An Intimate Conversation With Necole Kane.

Every person who walked on that stage told their story how they got to where they are today by hard work and some even by self-financing. One of the speakers in the first panel was “Janell Stephen” the creator of the popular natural hairline Camilla Rose. In her speech Janell explains how at first she was just creating hair care products for herself and her family and how she eventually started selling at pop-ups when she was approached by a man, inquiring about her product. Lord and behold that man was a buyer for TARGET, after a meeting with the people in charge of filling the stores with products she was offered a deal.

Now, look at her, her products are sold in Target, Walmart, Sallys! She didn’t even have the intentions of her product being that big but yet and still they had become that because she put the work in, she believed in her products and someone else did too. Me personally I love Camilla Rose products, not only do they smell good but they’ve been good to my hair, but hearing the story about how it came about was not only amazing but inspiring as well.

Janell then goes on to say “develop your brand and you need help because you can’t do it by yourself.” She had a team behind her to help get where she is now. She speaks about how she hires people based on personality and not resume. Which I love, sometimes a well-qualified person isn’t the right match for your team. I also got to meet Janell and she was very nice and humble. I enjoyed listening to her and the other ladies on the panel because they showed me that if I put the time and effort in I can be where they are one day! 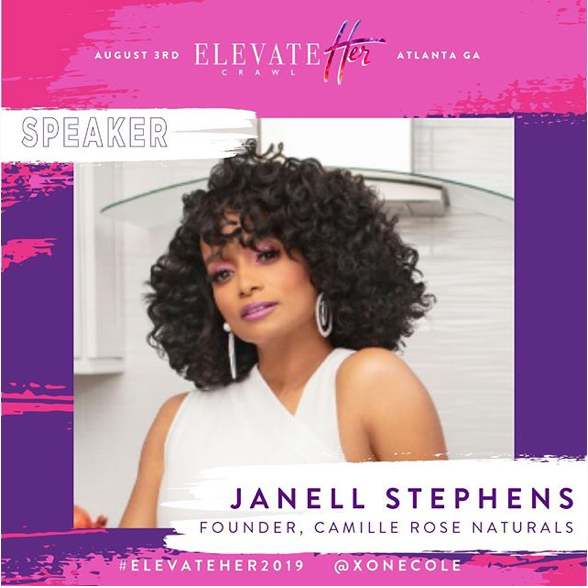 One of my favorite speakers at the event was movie producer “William Packer”. Listen, his speech gave me chills and life. His words were so powerful and yet so true. His whole speech was basically explaining how to get noticed. What makes you different from the next person that’s doing the same things as you. His speech was simple and to the point. He said three things will get someone to invest in you the first is Work Ethic, he then goes on to say

“Nobody cares, work harder. Don’t let anybody out work you.”

Next he talks about how people are always watching you and they want people they see putting the work in. The second thing was Vision. Mr. Packer says

“You have to be able to see yourself successful and have a clear vision.”

Knowing what you want and being able to tell others helps give people more faith in you. If you can speak clearly about what you want to do and where you want to end up people are going to be more willing to put there trust and money into you. Lastly and what I think is the most important thing Mr. Packer said is you have to have Passion. He goes on to say

Often times I believe we get so discouraged that we lose the passion for what we love to do. That’s when the self-doubt starts and that’s when you start losing sight of your goal and dreams. If you’re truly passionate about what you’re doing, nothing should be able to keep you from achieving your dreams. Work Ethic+Vision+Passion=success. No matter if takes years to happen I believe it you keep with it and show you want it, it’ll happen. Listening to Will’s speech just goes to show you, you never know who’s watching you if you show that you want it someone will believe you. If you want to hear the whole speech I posted it on my Instagram @thatsalltay_x3.

After William Packer’s speech, four women joined the stage to talk to us about how to pitch ourselves and make an impression. One of the things that stood out were from Pauleanna Reid, an editor at Forbes. She starts off by saying how she gets tons of emails of people pitching to her so they can get an article in Forbes, but many aren’t presented right and get disregarded. Pauleanna gives us an acronym, RACE (Readiness, Audience, Contact, Execution). She talks about having creative collateral, being able to articulate your story, being known in your local demographics, knowing your audience, and know your contacts, she says

Paulenna also gave so many sources you can use if you’re trying to open yourself up on a bigger scale if you’re in the same field I am, journalism, blogging, etc. Lastly, she says have proper email etiquette as in, spelling whoever you’re writing to name right, not making your pitch too long, getting to the point, and have the proper credentials. So much more was said during this part of the event but Paulenna’s speech really stuck with me. As a blogger looking to be on a bigger platform I will be using all the Gems she and the other ladies gave when it came to pitching myself. 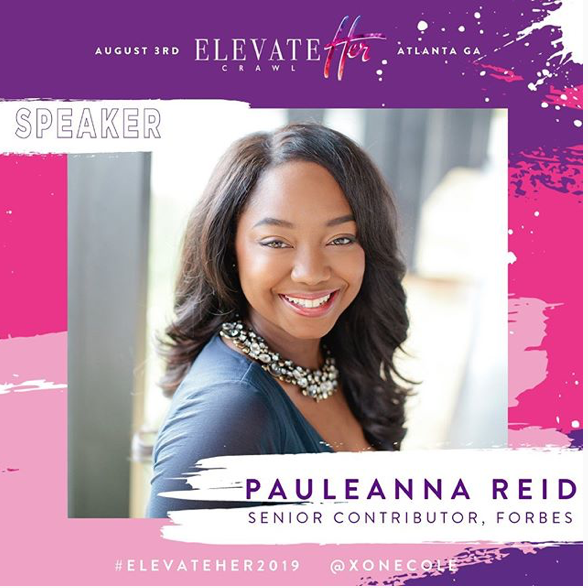 Last but not least was the host herself, Necole Kane. I truly enjoyed her speech because it was one I could look up to. Necole talks about how she started off as a celebrity blogger, running a gossip site for 7 years. She talks about how she did that for a while before giving it up and taking a step back. Her views had changed, she got older and saw things differently. Necole goes on to say after 10 years here she is now running XoNecole. She mentions how her current site is about empowering women and people, in order to do that she knew she had to make changes in her life. Necole then states she isolated herself and went to Arizona to basically recreate herself. She knew she wanted something different, went to a different environment, got her mind right, and now here she is running a very successful, empowering site.

When I look at Necole I get so inspired because I’m where she was when she was 25, into the celebrity world. I thought I wanted to run a celebrity gossip site but quickly changed my mind. I stay on top of the celebrity world but I don’t blog about it. She ended up growing and changing for the better in order to build the current brand she has. Necole speaks about how she put the money in to find the people who could help her, she built a successful team in order to get where she is today. One thing that I look up to is how she talks about when she cut her old blog out she was basically lost and lost herself. Necole says how going to Arizona and isolating herself helped her learn herself all over again. Moving helped her get to where she is today. That’s something I can relate to. Right now I’m at a point where I’m trying to relearn myself and figure out my next move.

Overall I feel like I can relate to a lot of Necole’s speech. Although I’m still growing and building my brand I know that I have a lot of ways to go until I’m where I want to be. The good thing is I’m willing to put in the work and effort in order to do that. I’m making changes and moves in my life to get more exposure and I’m trying to find my lane.

This event was so powerful and so inspiring that it got me even more excited to build my brand and take that next step to put it out there on a bigger field. I truly can’t wait until next year’s event because I will be in the crowd. For anyone in the Atlanta area I would highly recommend you looking into Elevate Her next year.

A few things I forgot to mention the event also had were pop up shops that included black-owned businesses such as, makeup brands, skincare, clothes, artwork, and hair. There were some self-love promoters in the building selling merch, as well as candles an scent. The event had a henna stand, psychic, palm reading, and some really good food, desserts, and liquor. As VIP I also received a swag bag with some nice goodies.

For those of you who aren’t familiar with XoNecole don’t worry I posted the link below.

How special is your virginity?

Wed Aug 21 , 2019
So let’s talk… So growing up I was always taught that your virginity is supposed to be sacred, something that you save for someone you […]